Bike events are always interesting. I see them as a perfect blend of excitement, intensity and laid back attitudes.

I was looking forward to the Glenduro, having some world class flow trails and a good group of friends also entered. It was also great to be racing alongside my brother Charlie for the first time in a while. He races bikes around the world, so it was special to drive 10 minutes from home and be at a race together. Having come from a freeride skiing background with no shortage of nervous feelings at the top of runs, I always surprise myself at the top of a timed bike run. The feeling of committing to speed 100% down a trail that is usually unfamiliar or blind, is intimidating and difficult to be comfortable with. I thought that after years of putting myself in that situation, I would get used to it, but racing the clock down a track is still something that takes all of my energy and focus.

With a social registration and briefing, we were set off up the liaison to the start of stage 1, Moonsoon Hoon to Adez up. We didn’t take long to catch our breath, get the helmet set, bike in gear, and sprint down the first section of track. I was racing blind so really enjoyed exploring what the trail had to offer, especially the last down-hill flow section. No crashes, I was stoked. I hadn’t been there long when Charlie flew in behind me. “I think I’ve broken my finger” I dropped my bike to the ground and went straight over to him, it was bent and definitely broken but difficult to tell with his glove on – now red and flowing with blood. He was clearly in pain. He clasped his other hand around it and with a light tug he pulled it. I could see the hurt through his face, but it seemed slightly better. We would later find out that it was likely compound and broken out of the skin initially. He clipped it on a rock on his way past, staying on his bike and still finishing the stage with a hot time.

Being at the end of the stage and far side of the course, there was no way to get out except for riding the Adez up. Off he went, one hand on the bars and one held above his head. He put the foot down and we climbed out of there passing E-bikes. Getting to the summit, we told Jo (operations) what happened and Charlie rode down the 4wd with one hand all the way to the car, medical centre, then 5 days at Dunedin hospital.

As for me, I waited on top for some friends, then dropped into stage two. Another fun stage with some hot corners and open straights.

Next up was the more technical trails, Dark Matter to Methane train. It took me a while to get in a groove, and stop overcooking some corners. It was a really cool section of trail to race and I found a couple of inside lines.

After a loop back up, we raced down the Rocky Borrow Show, I surprised myself with another clean run, except for losing my chain and having to roll down the last part of the trail in a tuck.

The last stage was going to be a fast-paced sprint down Jairolla. I got some fuel in the aid station, then lined up. Out of the starting blocks there was a quick crunch and my chain was snapped in two. With a quick link I put it back together and was able to gingerly start again and enjoy a last run. With a mid-air overtake coming into the final finish line, I was stoked to head down to the base area for a beer.

Overall I was really happy to make it on the podium, alongside Sam Baker and Alex Kingsley, two legends in their own right.

A cool cloudy morning turned into a sunny afternoon, Bike Glendhu had truly turned it on. It was a great vibe at base, with games and prizes, and recognition to everyone that made the event happen.

I caught up with Charlie at Dunstan Hospital that evening, and he was then transferred to Dunedin to await a surgeon to decide his fingers fate. 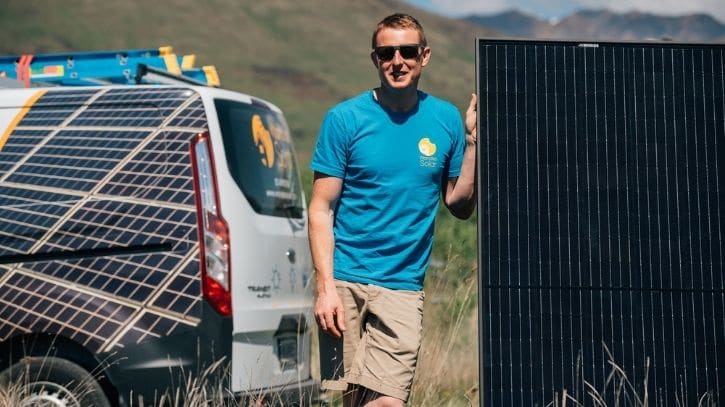 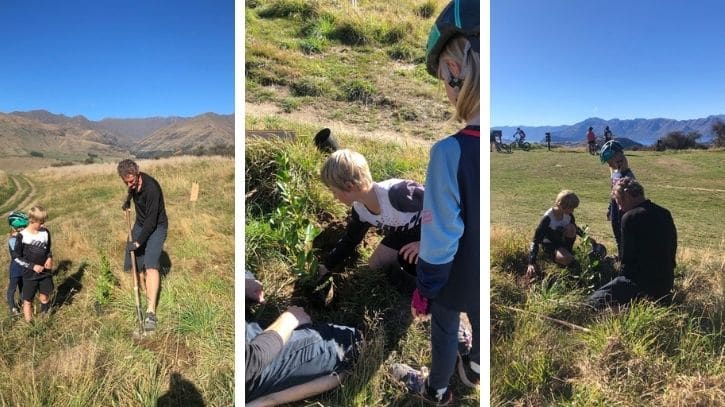 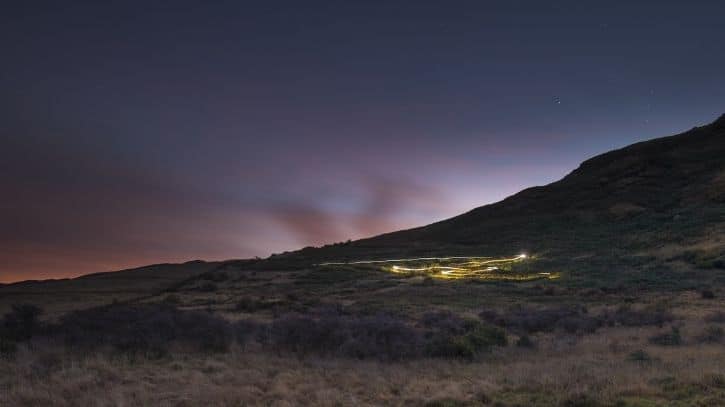